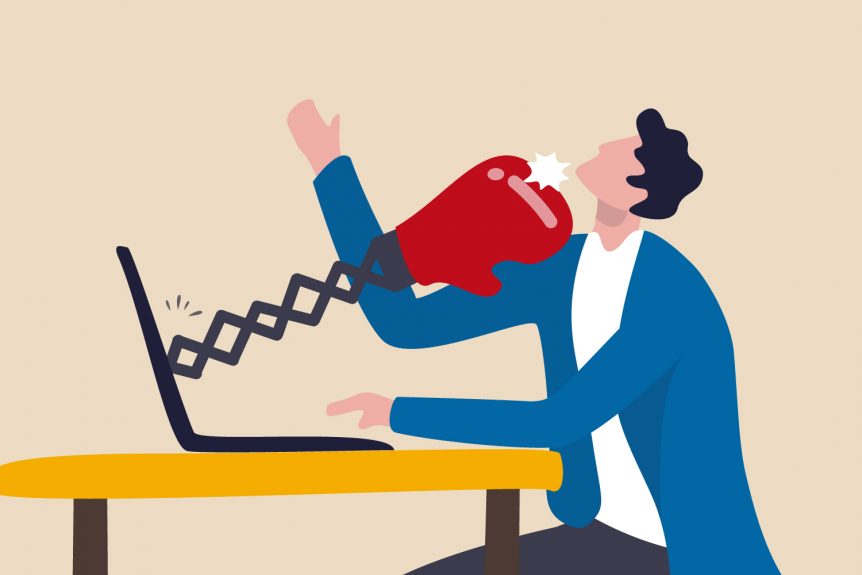 Images from the January 6 attack on the U.S. Capitol will be forever seared into the memory of all Americans, no matter their political leanings. Unfortunately for those who took part in the incursion, those images (many of them self-generated) will also live on forever on social media. Dozens of participants have already been identified and arrested by the authorities and are facing justice. Others, while escaping the judicial system, are being systematically identified and called out by self-appointed internet detectives. Having “experienced insurrectionist” on your resume is unlikely to help a future job search.

The spillover from this “seek-and-destroy” process is ensnaring some unwitting and unwilling victims – the employers of the Capitol Hill raiders. Unforgiving data miners are shining an unflattering light on businesses that are owned by or employ the attackers, as well as the protesters who stood by while the action was going on. The ammunition for this digital retribution is boycotts, a tsunami of poor reviews, and online harassment.

Because of our widespread “cancel culture” you do not need to take an active role in an insurrection to have your organization suffer denunciation online. Virtually any offensive statement or post made by a business owner or employee can leave an otherwise inoffensive company open to online condemnation.

I have personally seen a client publicly taken to task online because one the company’s employees made a reply inside a Facebook comment thread that someone found offensive. This person had to dig deep – very deep – to find the comment. Plus, they had to be extremely sensitive in order to feel offended. But they did, and they were, and they went on a persistent crusade to smear the business for employing the commenter.

And make no mistake, an online campaign targeting your business will have a negative impact on your bottom line and can continue to haunt you long after the offending post is forgotten. Nothing on the internet ever goes away.

What can you do to help head off this kind of cyber-vigilante attack from self-proclaimed social justice warriors? Start by tempering your own online statements. The First Amendment gives everyone the right to speak their mind, but it does not mean you do so without consequences. Unless you are willing to risk damaging your own business, keep your political opinions off the internet, including your own personal social media accounts.

It is more difficult to control what employees have to say online or do on their own time. That’s why it is important to have a written social media policy incorporated into your employee handbook. Begin by stating unequivocally that company devices are never to be used for personal social media interaction; and that information about the company, customers and employees must never be shared online without express permission.

This is important: the policy should make clear that employees’ online activities can and will be monitored, and that there will be consequences (including disciplinary action or termination) for statements or actions considered harmful or embarrassing to the organization, or that compromises its reputation.

It is easier than ever for a social media comment – one that might otherwise seem harmless – to trigger a negative response that can stir up trouble. Monitoring all employees’ social media at all times is impractical. At some point you are going to have to trust their better judgment and hope they exhibit self-control online. In the meantime, take proactive steps to inform and educate your employees about their responsibilities and the penalties they may face by crossing the line. And be sure to follow your own advice!

Bill McDonough is the Managing Partner of Scribendi Digital Marketing.